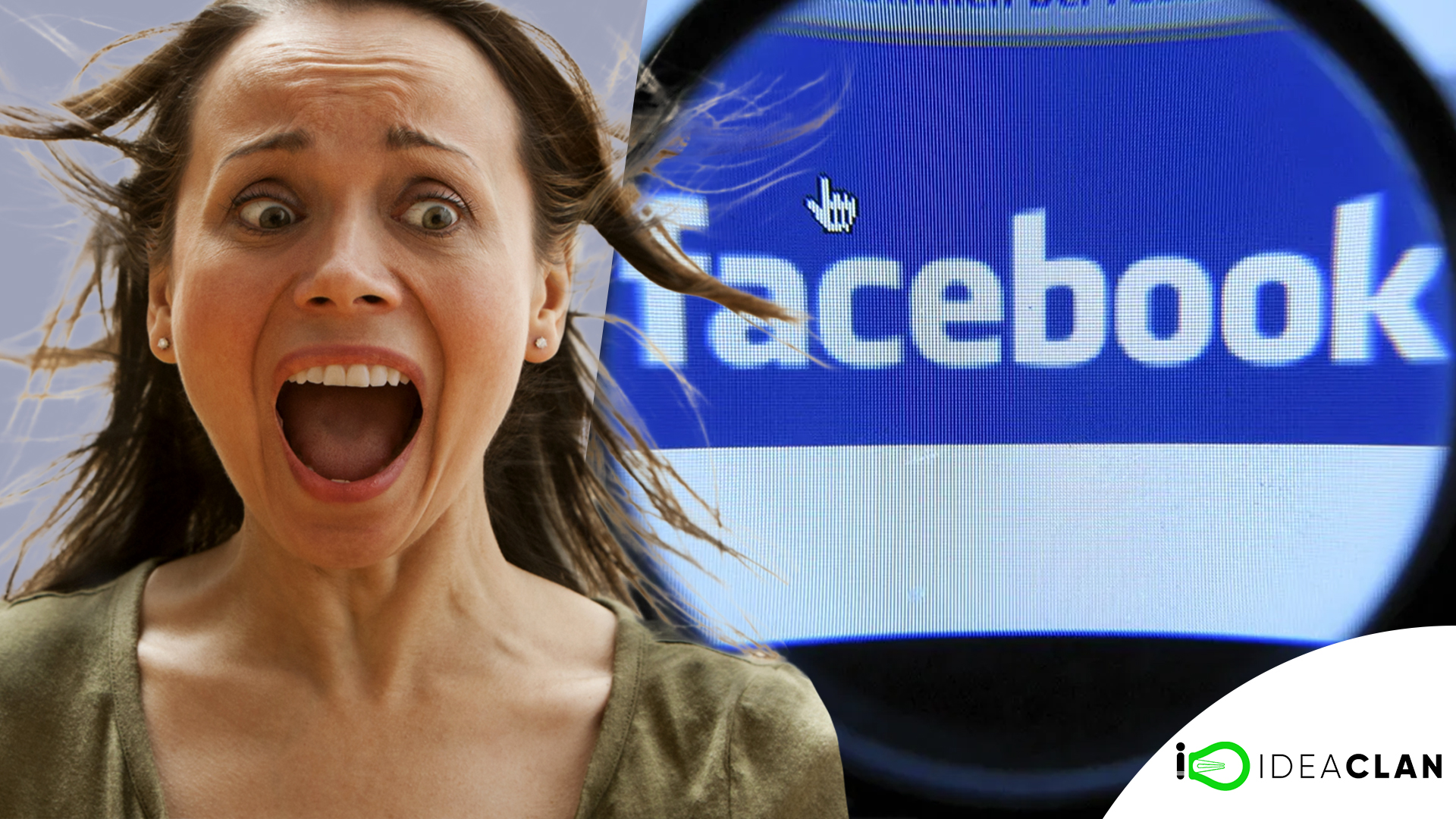 With the emergence of Campaign Budget Optimization, Facebook saw a big change that it hadn’t experienced in a long time. Like every major change happening in digital marketing, the first reaction from people is always of panic. But the reaction to CBO was especially negative due to two reasons:

Keeping the panic aside, if we look deeper into CBO, it has a lot of potential. It can help us scale faster and get more consistent results while saving time if we are doing two things:

It sounds easy but before we try to experiment with it, we need to learn the fundamentals about CBO to make the best use of it.

Campaign Budget Optimization engages sophisticated machine leaning to adjust your daily spend automatically at the ad set level instead of the ad level. This ensures you get best possible results for whatever bid strategy you are using.

With CBO, you are able to set your budget at the campaign level. Then Facebook decides how to divide it between your ad sets. Using Facebook’s explanation of how it works would do you good. This image below also gives a clear overview. 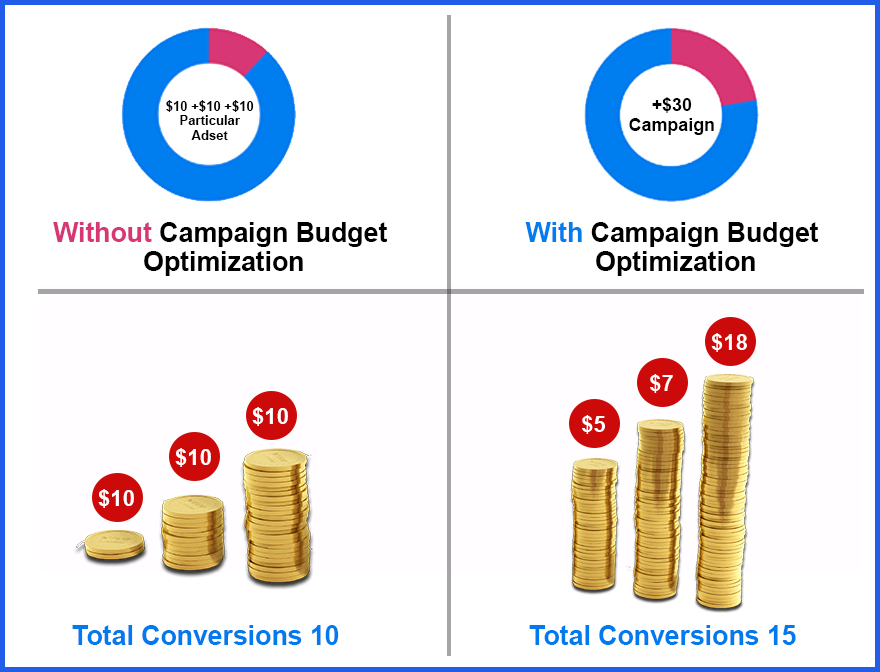 Here on the left is ad set budget optimization where $10 have been specified per ad set, so each ad set gets the same amount of spend. As a result, it received 10 conversions with some being more effective than others. Take Ad Set 2 for example that produced 5 conversions ($2 CPA) while on the other hand, Ad Set 3 produced only 2 conversions ($5 CPA).

Now on the right is campaign budget optimization where $30 is specified for the entire campaign and Facebook allocates that budget among the ads in a way it sees best. This way the most effective ad set got the most budget ($18) while the other two got $5 and $7. As a result, there were 15 conversions instead of 10.

This is straightforward if you take out the time to understand it. But there is another aspect of CBO that is a little trickier to understand so let’s clear up the confusion around it.

Let’s assume for a moment that you checked your results in the Ads Manager and saw this.

Most people would wonder why a good chunk of the ad budget went to Instagram when clearly Facebook converted at a cheaper CPA. The answer is related to the Breakdown Effect.

First thing to make a note of is that CPA increases over time because Facebook starts by going after cheaper conversions first and once that is done, it starts to go for the expensive ones.

Another thing to be mindful of is that these CPAs are averages and they don’t tell the full story. Once you graphed these CPAs over time, you would have a better clarity.

In this detailed view you can see that Facebook started with a lower CPA but by the fourth day it had turned expensive. Now it makes sense why the algorithm shifted more of the budget to Instagram because it was being the more cost effective source of conversions. 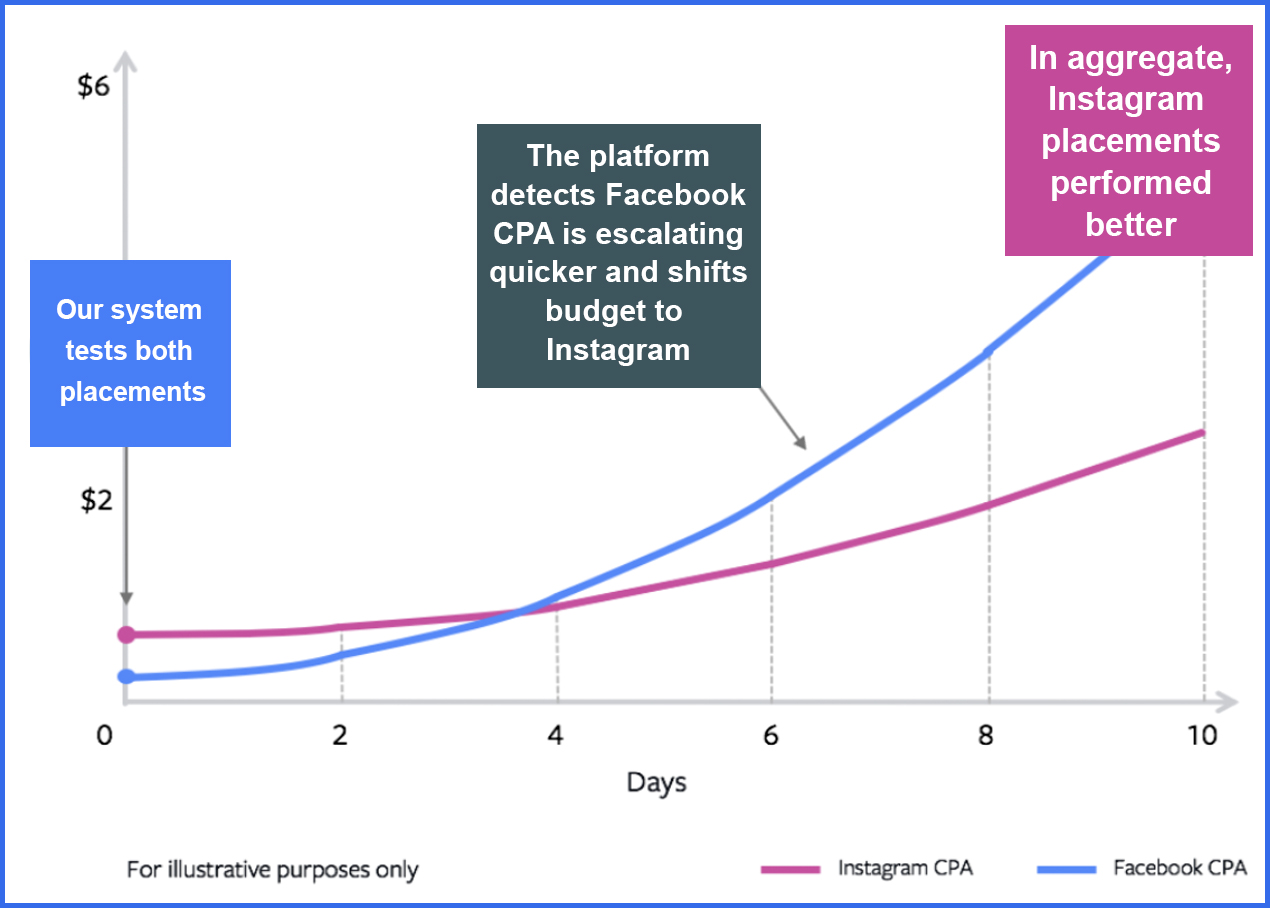 The next big question is why is this important?

Let’s take a minute to see what would have happened had you paused the Instagram placement after 3 days.

You would have easily assumed that you were making an improvement. But in reality, the algorithm wouldn’t have been able to shift the budget to Instagram leaving you stuck with a higher CPA for the last 6 days of the campaign. 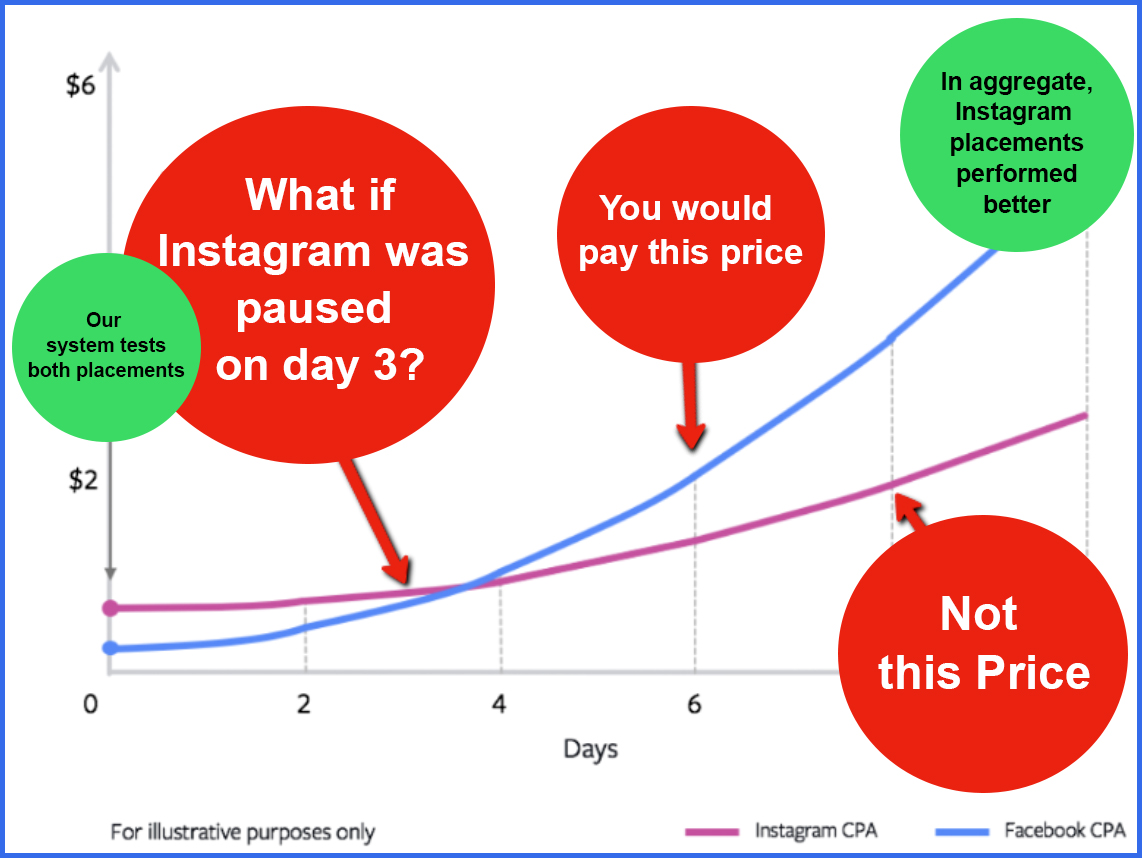 Now this is why it is important to not manually pause and unpause your ad sets while using CBO even if the CPA is high. Just let CBO do its things since it is getting you the best results at the campaign level even though you may worry about the varying ad set CPAs.

The biggest question that is still stopping you from embracing CBO is- when should one choose it over the old fashioned ad set budget optimization?

The answer depends of the type of campaign you are running. There are primarily three types of Facebook campaigns, let’s understood each of them.

You need to run a test campaign when you are trying to figure out what works and what doesn’t. It is all about testing different audiences and finding out what is the most effective.

For test campaigns, it is recommended to use:

CBO is not the best choice here since it’s like a rocket ship, it amplifies everything. Since some of the campaigns will be failures and you wouldn’t want to amplify failures!

Interestingly once Facebook said that they would make CBO the only campaign structure available. Thankfully, in May 2020 that decision was reversed and it was revealed that both CBO and ABO will continue to be available as options for campaigns.

The reason for mentioning this is that there is a strategy for using CBO for test campaigns.

There is a trick here. You can treat each campaign as an individual ad set and simply include one ad set per campaign. This way you can simulate an ABO setup and get full control over the budget at the ad set level.

While we aren’t expecting Facebook to eliminate ABO, we don’t know where the platform will head in the next couple of years. This strategy can be helpful while designing test campaigns if Facebook ever decides to reverse their decision of keeping both the options open.

This is where CBO comes into play because like we said, CBO equals amplification. So once you’ve narrowed down the audience/creative combination that is effective, CBO is the most efficient way to scale it.

For scaling campaigns, it is recommended to use:

It is crucial to notice any changes in ad sets and audience sizes. CBO works best with bigger audiences and just a couple of ad sets so if you need more than 5 ad sets, it is better to break them into 2 campaigns.

You might want to keep a fairly similar audience size for the two campaigns, otherwise Facebook will shift more budget toward larger audiences.

Another thing to remember is that there are two ways to scale:

Vertical Scaling: When you simply increase the budget and it works the same way for CBO as it does for ABO. The only real difference is that you are raising budget at the campaign level instead of the ad set level.

Horizontal Scaling: When you expand your targeting to include new audiences. This works differently for CBO than it has worked in the past for ABO. Adding new ad sets to already existing CBO campaigns would throw off a campaign that is already optimized. Instead, it would be best to put those new audiences into a new campaign.

At last we come to campaigns for retargeting and local businesses which are equally important. For these campaigns, it is recommended to use:

Retargeting generally works best with one campaign for each step of your retargeting strategy. Since there are usually smaller audiences, it is best to keep the number of ads down to help aggregate more social proof.

The Big Picture Of CBO

In the end there are some big picture points of CBO that will guide you in your decision making.

Finally, it is important to not get discouraged. It takes time to understand the whole process but it is worth it.

Colours to fonts to the precision of proportion.

He was never late, we were simply too early for hi

Here’s How We Took the Party Further Beyond in B