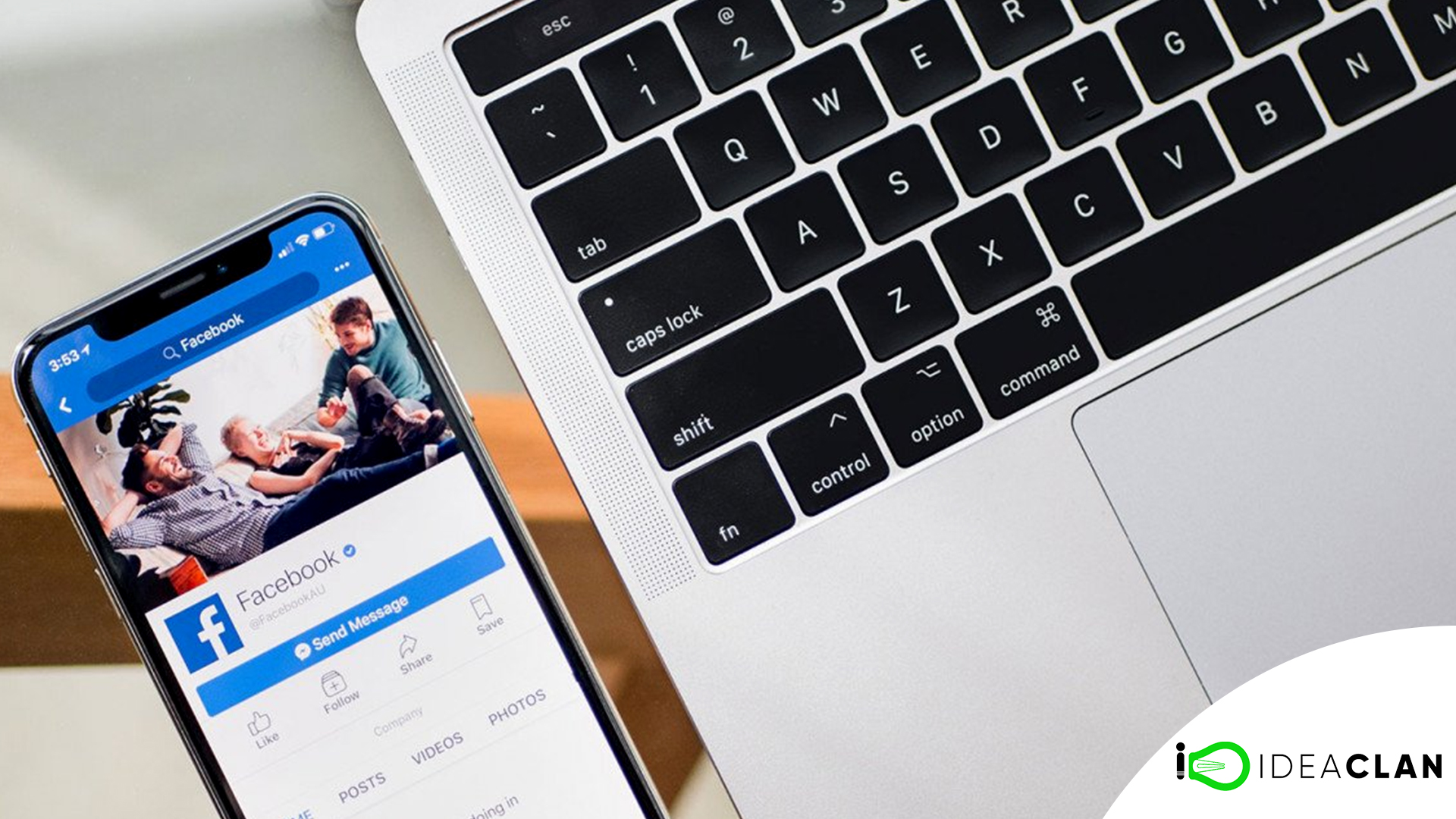 There can be no conversation about digital advertising without mentioning Facebook. This social network has turned into one of the most popular platforms for digital advertising, thanks to its billions of regular users. Mark Zuckerberg is doing something right for sure! Facebook might be the most popular platform for advertisers but throwing a brand logo and call to action in hopes of getting user interaction just doesn’t work. It takes a strong message coupled with path breaking creativity for ads to become the best performing on Facebook.

Facebook has solidified its place as one of the best advertising channels for brand awareness, user acquisition and direct response campaigns with a monthly user base of 2.7 billion. The various formats and placements in Facebook ads allow businesses to optimize their marketing efforts in the best way possible.

Choosing the ad format while creating an ad for Facebook is one of the biggest decisions you have to make to get your campaign started and there are a few options for that.

Image: The most basic Facebook ad format is a static image with some text. The good thing is that Facebook recognizes metadata from 360 degree and panoramic images and thus allows brands to go beyond the restricted format of other platforms. It is advised to go for 1:1 ratio for static images so they can work for multiple placements.

Video: Video ads on Facebook can run for anywhere between 1 second to 240 minutes. But the common practice is to incorporate messaging within the first 3 seconds and so most video ads fall in the lower end of the time spectrum. Since you can use 360 degree videos, advertisers can make their ads all the more interactive. 4:5 aspect ratio is the preferred industry practice for creating video ads.

Carousel: One of the best ways to tell a brand’s story is using Facebook’s carousel ads. This ad format allows the user to scroll through up to 10 images or videos while each of them has details and links. These are a great way to highlight multiple products during a promotion.

Collection: A great way to showcase a catalog of products on Facebook is through a collection ad. This format of ad features a cover picture or video followed by more product pictures. The best think about this format is that the user is taken for a full screen experience upon clicking on a product.

Events: Events, as the name suggests, is an ideal ad for an occurrence on a specific date or date range. This works by creating an event like conferences, seminars, or limited time sales and then publishing the related ad with the event to the intended audience.

Stories: Facebook Stories are where people express life’s moments as they happen and not like highlights of the moments posted on the timeline. Stories have a visual appeal with very little text and are used by advertisers with a swipe up call for action.

Messenger: Messenger ads appear in Facebook’s chat service where users encounter them while scrolling through their messages. These ads are used by brands either as a conversation starter or even for directing potential buyers towards them.

Hollywood gossip never ceases to draw attention, especially when there is major drama surrounding it. Playing on people’s urge to read inside stories of stars, this ad is a masterstroke to get the attention of the masses. The drama ensued back in 2005 with the annulment of a marriage between two very popular names but it kept making headlines 10 years later. Keeping in mind that people may want their memories refreshed about their idols, this ad played on nostalgia while still keeping it intriguing. The image used with the text of the country singer doing what he does best, also plays on old memories for the audience. The image together with the text created an ad that ignited a need in people to know the story in detail. 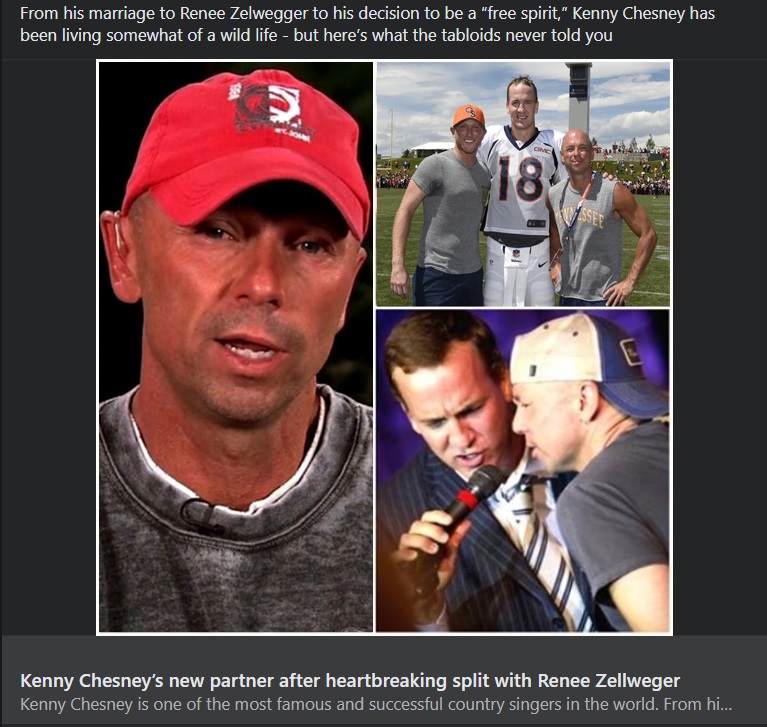 The prime selling point of this ad is the text that mixes intrigue with homeliness. The ad leaves the audience thinking if this story could be relatable to them and ultimately pulls them to read more. The image used in the ad again channelizes homeliness with the entire family posing together in the delivery room. The combination of the image and the text brings the idea that the big news was revealed soon after the picture was taken. The happy faces also are a contrast to the nature of the text and increase the intrigue factor, ensuring more readers. 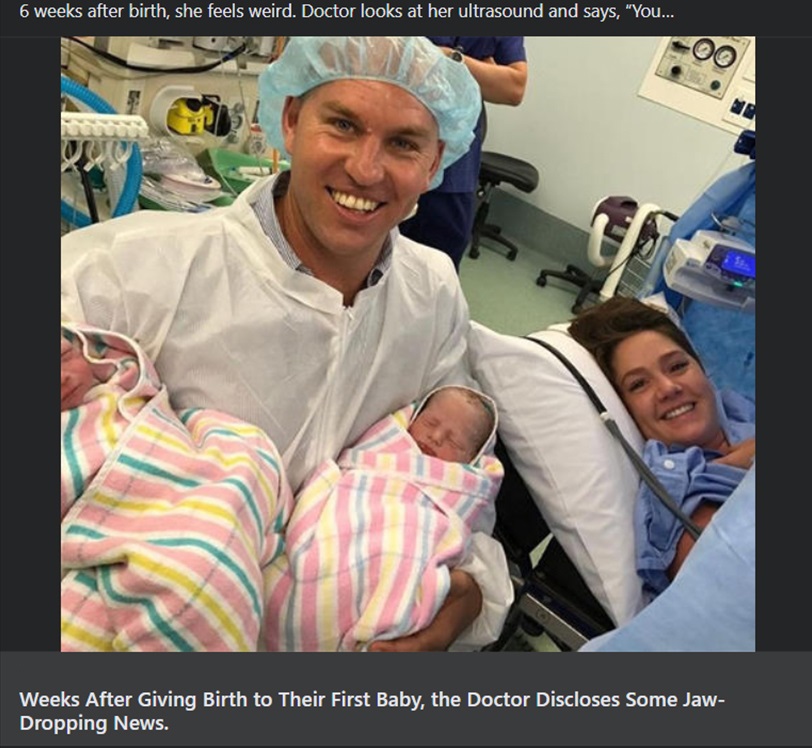 This ad focuses on an era that ended with the death of a legend. Elvis Presley was and will always be a star even though today’s generation has not had much exposure to his music and style. This also has increased curiosity of the audience about the star and this ad uses just that. Using the picture of Elvis Presley’s old house plays on the audience’s interest in the life of a star they never really knew. The text follows the same path and creates an intrigue in the audience for a part of a legend’s life that was hidden for long. 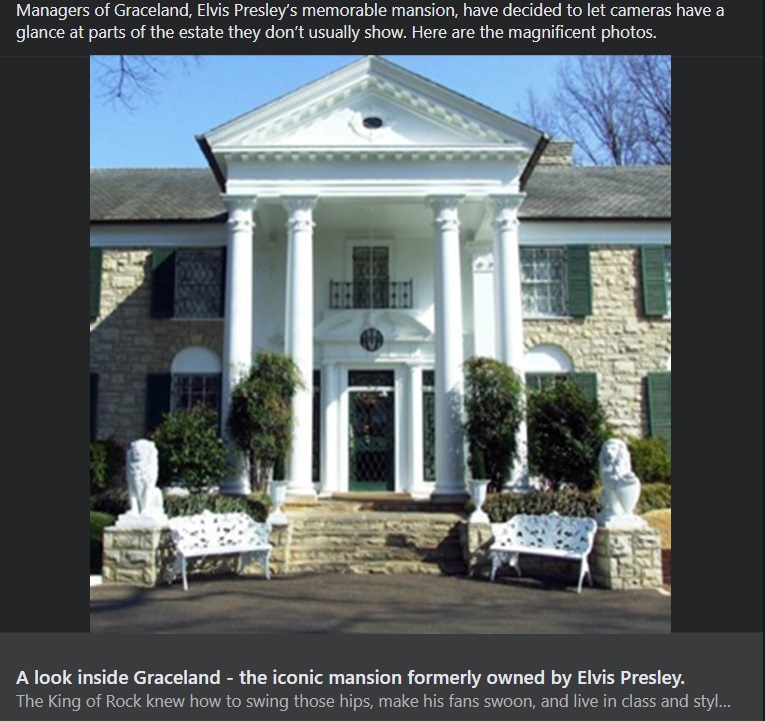 Superstars are known to everyone but often the audience is curious about the life of these stars. This ad focuses on using this curiosity and pairing it with a sensational detail- ‘rumor’. Sam Elliot is a known name in Hollywood with multiple awards to his name. He married only once and made it work but people have always been curious about his life, especially his marriage. The image used in the ad of Sam Elliot is a recent one but it still drives home the idea that clicking on the ad will explain his past. This ad is intriguing since the text mentions a woman and a rumor in the same line. The text and the image ties up the idea of a revelation that keeps the audience hooked. 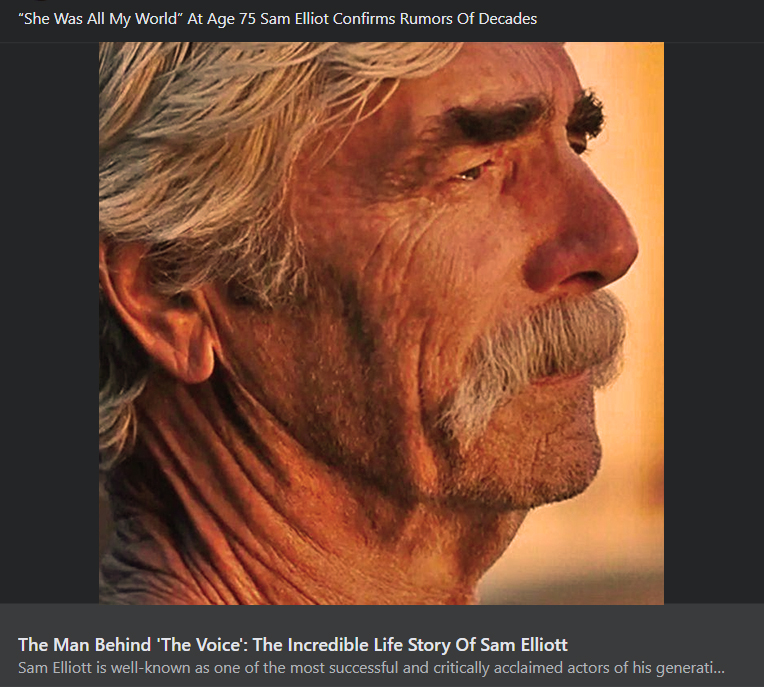 It is not every day that people hear about the birth of octuplets and when such a case comes to limelight, it is hard to forget. This ad plays on that with a reminder of this incident in the text. Apart from a past memory, the text also intrigues the audience and leaves them wondering how those kids are doing now. The picture used in the ad furthers this idea since it shows the woman with her kids who are still babies. The text and the picture together work in unison to generate curiosity in the audience for a family that was in the limelight some years ago and deserves to be in the Facebook timeline again. 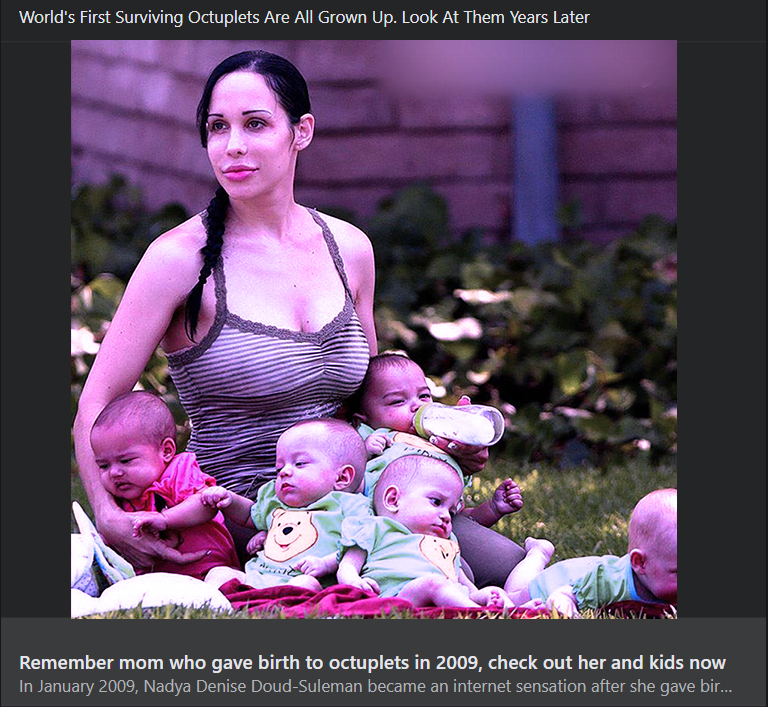