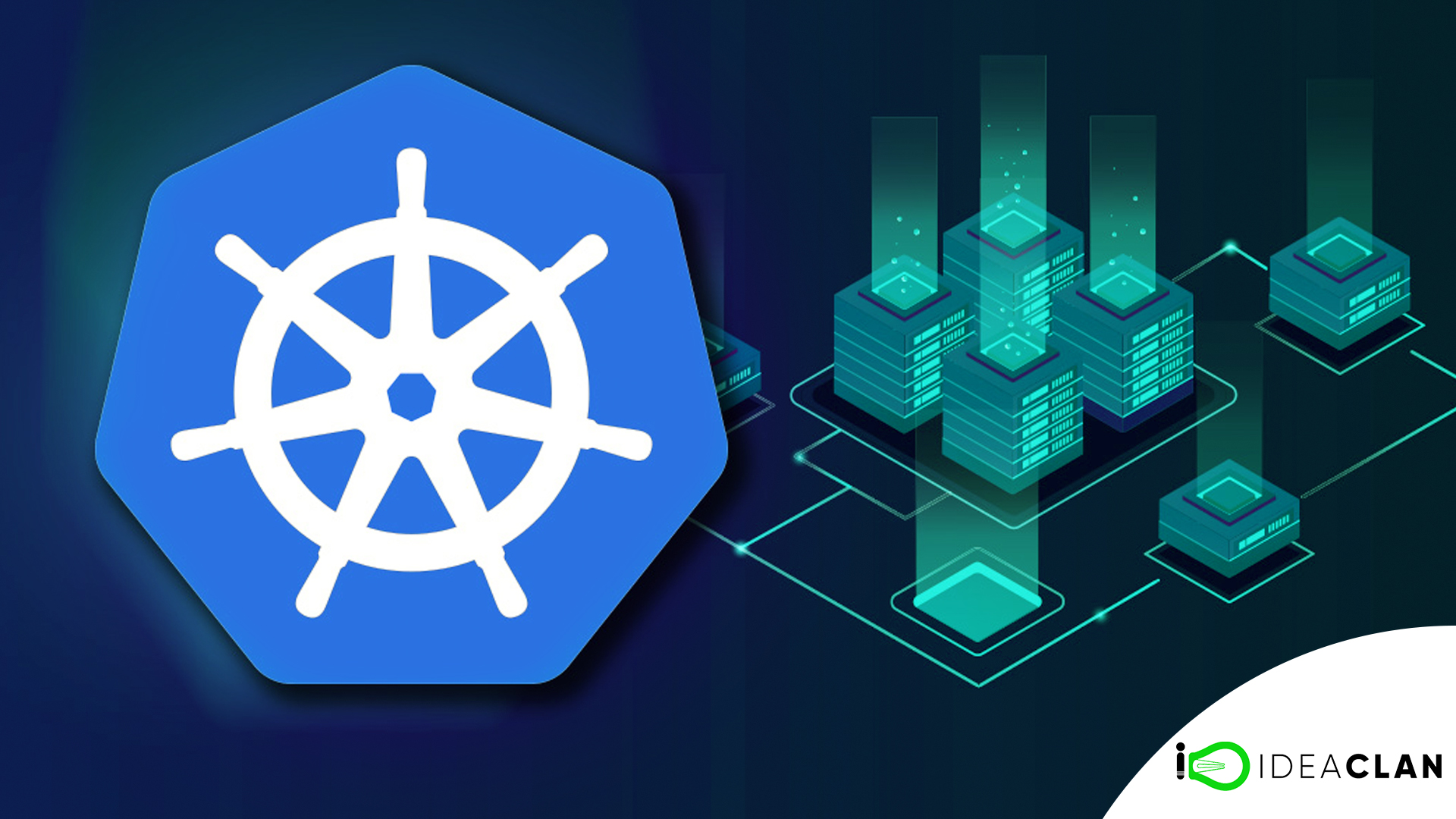 What Is Kubernetes And How It Works?

By Team IdeaClanJanuary 22, 2021No Comments

The term “Kubernetes” is a Greek word that means “helmsman” or “pilot.” Kubernetes was founded by Joe Beda, Brendan Burns, and Craig McLuckie who were later joined by other Google engineers Brian Grant and Tim Hockin. It was first announced by Google in mid-2014. Originally, it was given the codename Project 7 within google which is now depicted as seven spokes on the wheel of the Kubernetes logo. The term was abbreviated as K8 by replacing the eight letters of “ubernete” with the digit 8.

Now, let’s dive deeper and know what exactly Kubernetes is and how it works.

Before we begin defining and explaining what Kubernetes is, you need to first understand two concepts namely immutable infrastructure and containers.

Now that you are well versed in these terms, we can move forward and define Kubernetes. It is defined as a container or microservice platform that organizes computing, networking, and storage infrastructure workloads. Kubernetes lets us enjoy all the advantages of an immutable infrastructure because it doesn’t restrict the types of apps you can install in it. K8s follows a simple rule: if your app fits in a container, Kubernetes will install it.

Tracing the history of Kubernetes back to 2014, it was an open-sourced project by Google after using it to run production workloads at scale for more than a decade. K8 provides the power to run dynamically scaling, containerized applications, and utilizing an API for management. It is a vendor-agnostic container management tool that minifies cloud computing costs while simplifying the running of flexible and scalable applications.

Before you dig deeper to understand how to use K8s, you must know about the objects that are used in API. Basic K8s objects and various higher-level abstractions are termed as controllers. These are the key components of your application lifecycle.

What Is The Architecture And Components of Kubernetes?

A K8s cluster generally comprises a master node that exposes the API, schedules deployments, and manages the cluster. Multiple worker nodes are often liable for container runtime, like Docker or rkt, alongside an agent that communicates with the master.

It includes the following:

What Are The Advantages of Kubernetes?

K8s provides us various key characteristics that permit us to run immutable infrastructure. Containers can be killed, replaced, and self-heal on their own, and the new containers receive access to those support volumes, secrets, configurations, etc. that make it operative.

What Kubernetes Isn’t Capable Of Doing?

Even though Kubernetes is very beneficial and capable of doing a lot of things but still there are several things that Kubernetes isn’t capable of which includes the following:

K8s doesn’t give these options because it permits us to build our app the way we wish to, expose any type of information and collect that information in a manner we want to.

Starting Off With Kubernetes

Generally, Kubernetes is installed either on premise hardware or one of the major cloud providers. These days, many cloud providers and third parties are offering Managed Kubernetes services, nonetheless, it is not only costly but also not required for a testing/learning experience. Thus, Minikube is one of the simplest and quickest ways to start off with Kubernetes.

Installing K8s is a very simple process. All you need are only two things which include Kubectl and Minikube.

Using these tools, you can begin deploying your containerized apps to a cluster locally within a few minutes. For a highly-available production-grade cluster, you can use tools that include:

Before you move forward to install Kubernetes, you need to install Minikube on your machine. When you are done installing Minikube, you are now all set to run a virtualized single-node cluster with;

Interaction with Kubernetes clusters is mostly done through the kubectl CLI or the Kubernetes Dashboard. The Kubectl CLI also supports bash autocompletion which saves a lot of typing (and memory).

By now you should have a local single-node Kubernetes cluster running on your local machine. Next, we are going to outline the steps needed to deploy a simple “Hello World” containerized application, inside a pod, with an exposed endpoint on the Minibuke node IP address. Create the Kubernetes deployment with;

The above deployment should have created a Kubernetes Pods. You can view the pods running in our cluster with;

Before you hit your Hello World application with an HTTP request from an origin from outside your cluster (i.e. development machine), you need to expose the pod as a Kubernetes service. By default, pods are only accessible on their internal IP address which has no access from outside the cluster.

When you expose a deployment, it creates a Kubernetes service. You can view the service with:

If you are using a cloud provider, you would normally set- type=loadbalancer to allocate the service with either a private or public IP address outside of the ClusterIP range. Minikube doesn’t support load balancers, being a local development/testing environment and therefore —type=NodePort uses the minikube host IP for the service endpoint. To find out the URL used to access your containerized application type;

Curl the response from your terminal to test that our exposed service is reaching the pod. 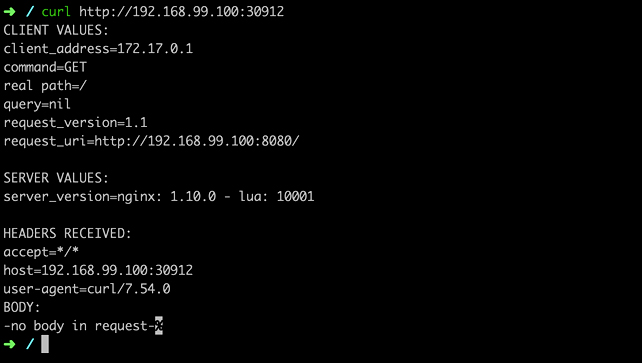 Now that we have made an HTTP request to our pod through the Kubernetes service, we can confirm that everything is working as we expected it to. By checking the pod logs we can see our HTTP request.

Summarizing it all, you are now running a simple containerized application inside a single-node Kubernetes cluster, with an exposed endpoint via a Kubernetes service.