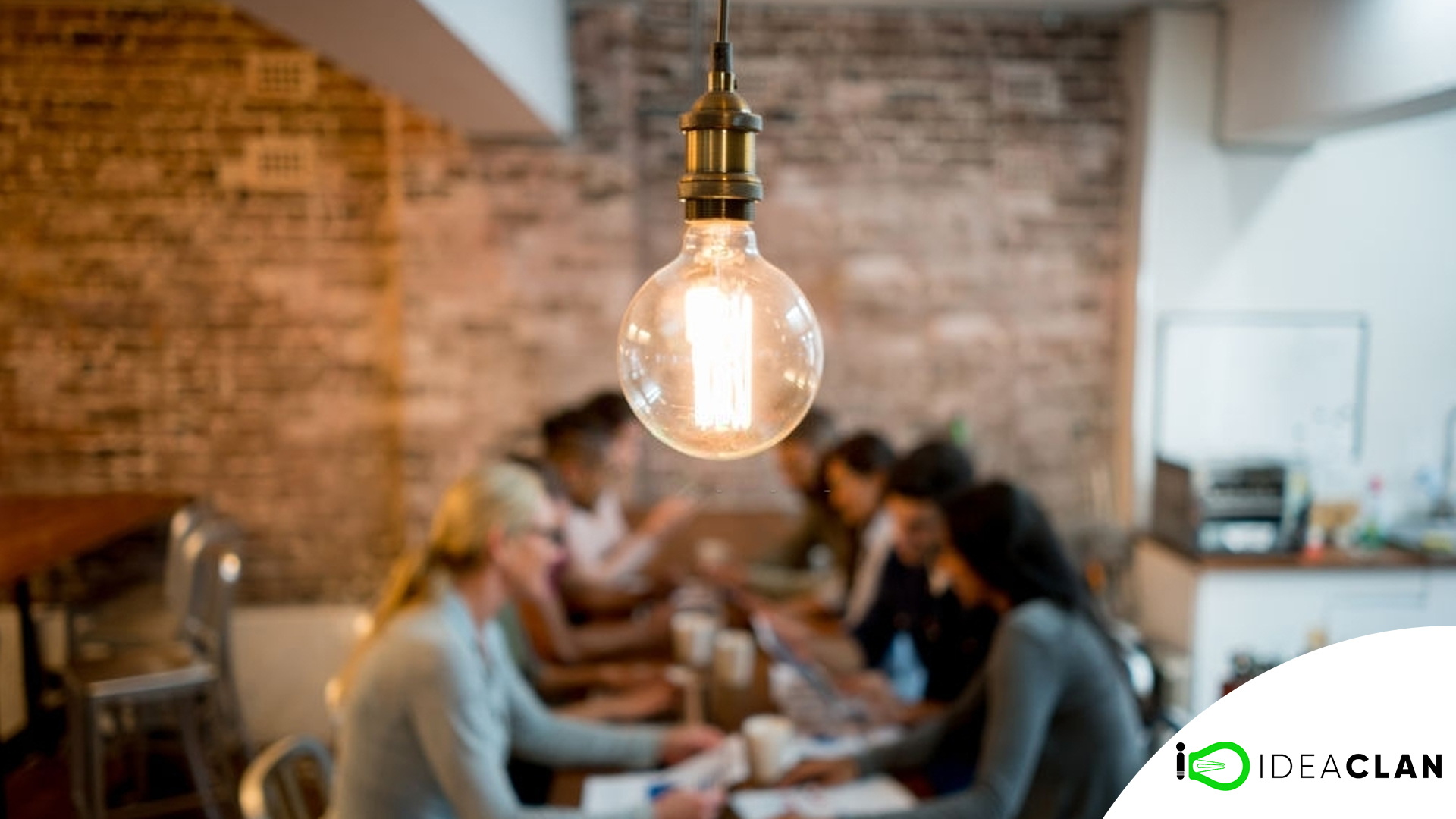 Traditional marketing is becoming less and less effective every minute and forward thinking marketers have found a powerful tool to aid them- Content.

This is how the stage for content marketing was set. Instead of pitching customers a product or service, the marketer provides them with content to help solve their issues. Content marketing in its truest essence is a strategic marketing approach that focuses on creating and disseminating relevant content to attract a defined audience and ultimately drive profitable customer action.

Content marketing has been an integral part of Idea Clan since 2013. While we had always aced the number game, the urge to outdo ourselves with something out of the box still lurked. Game of Thrones presented the perfect opportunity in 2019.

The final season of this much loved fantasy drama television series premiered on April 14, 2019. With millions of people watching it on HBO and millions more watching it online, the show had amassed a huge fan base that proved to be a gold mine for content marketers. Idea Clan jumped at the chance and unearthed success that was previously unheard of.

As a motivational business growth expert, Jay Baer said, “Tools are great, but content marketing success is about the wizard, not the wand.”

The wizardly marketers at Idea Clan plunged head first into a sea of content circling around Game of Thrones and emerged with some real gems. Around the time the show was on air, April/May, we as marketers used this time to our advantage. We ran multiple articles pertaining to GOT and scaled the campaigns enormously to get golden results. With an average CPC of $0.01 and ROI of 73%, Idea Clan generated revenue of $200k per month while bagging $85k in profit.

Creatives That Blew Up On Facebook Ads For GOT

Multiple articles based off of GOT were tested and many of them yielded positive results. But the ones that completely blew up Facebook ads were: 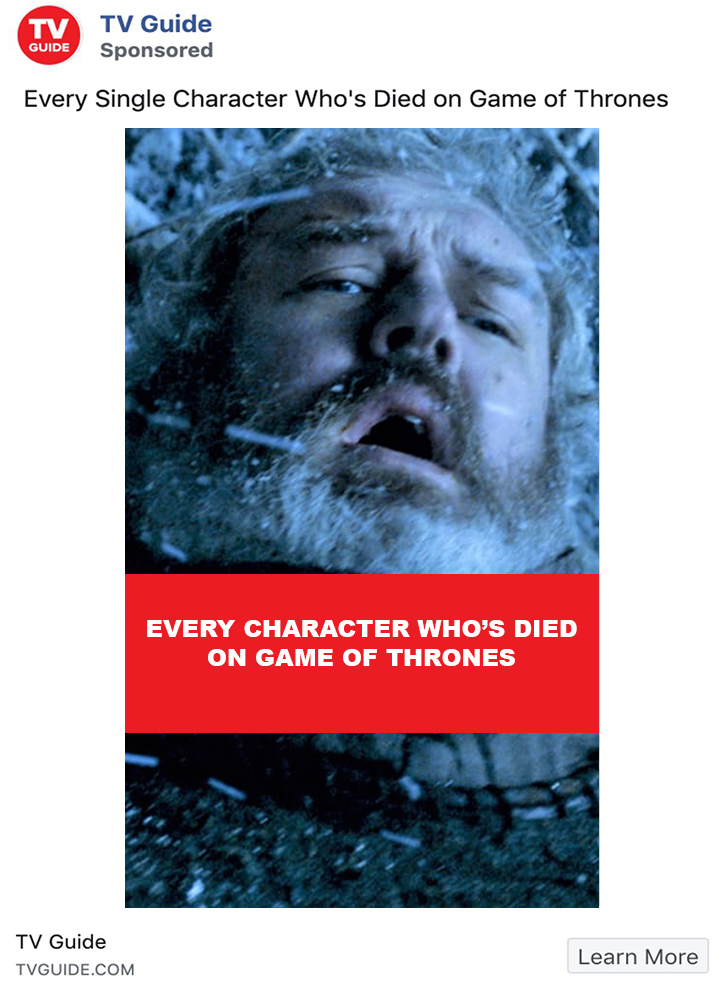 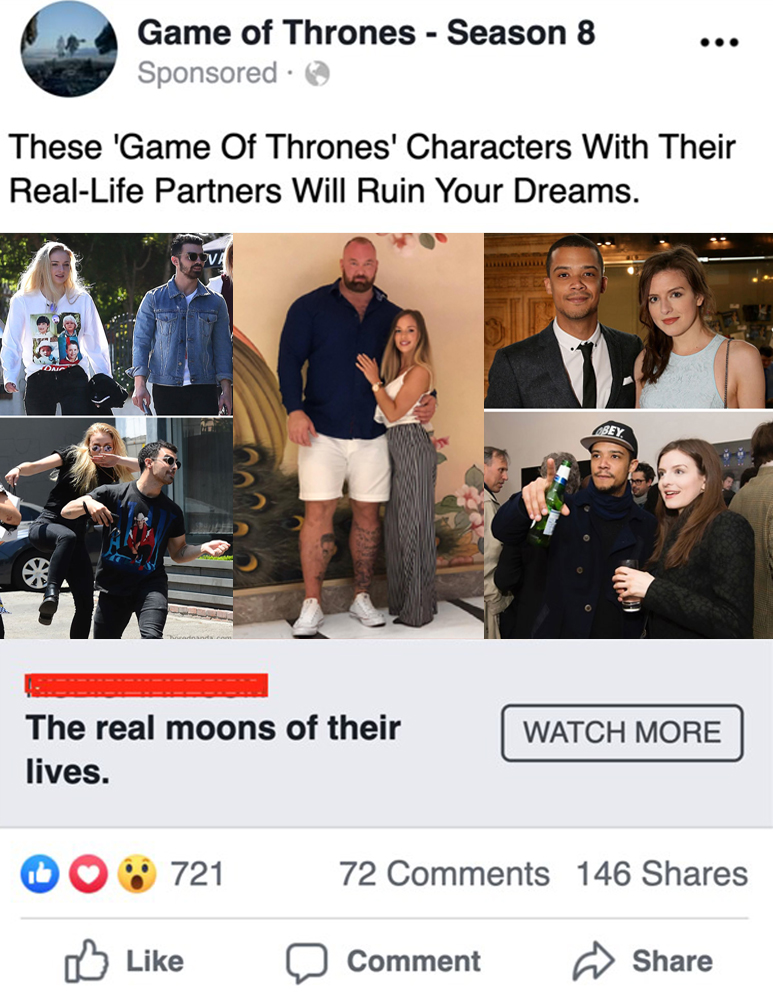 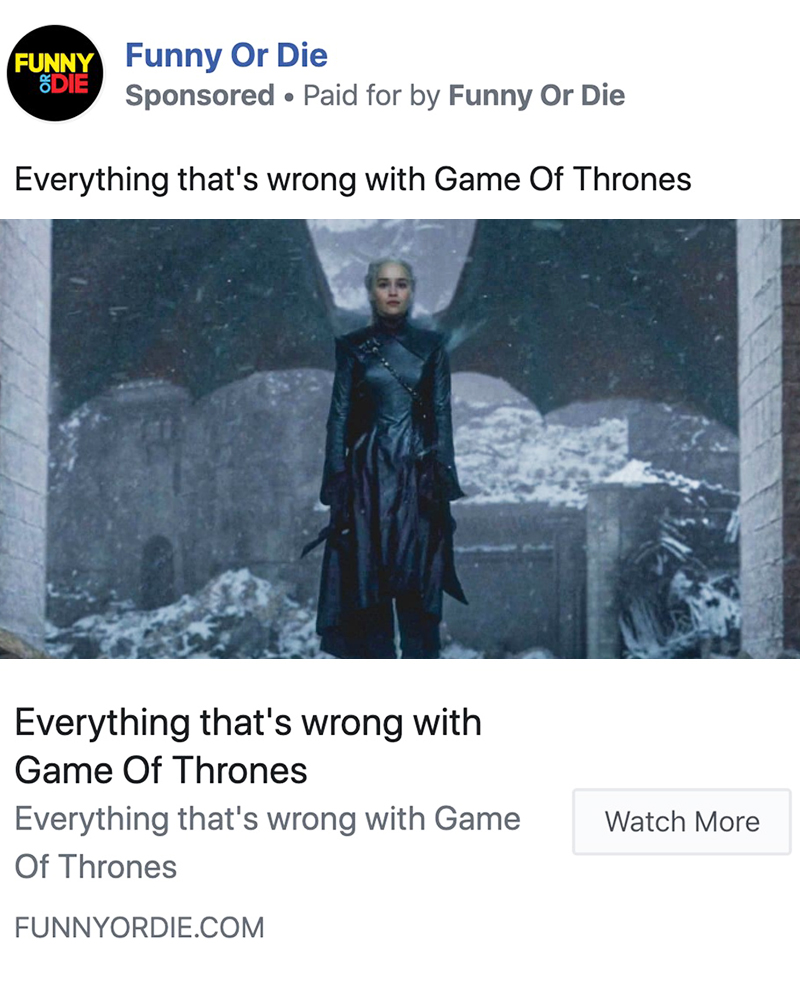 How It All Happened

For successfully promoting any content, the first stage is to find creatives that can capture the audience. We decided to find up to 25 images per article and tested them with broad targeting. We created a mix of dynamic and single creatives and spent at least $2 per day per ad. Next we eliminated loser creatives after the first day. The simple rule to do this is to check if the CPM is too high (>$30), CTR is too low (<5%) and the CPC is also very high (>Rs5), we paused the ad immediately. We let the rest of the ads to run for the next couple of days after which winner creatives are chosen. The winners were the ones that fulfilled at least one of the criteria:

Once the winning creatives were sorted, the next step was to find the winning audience which is the audience that brings in profit. For this we took the winning creatives from the first stage and split them into multiple campaigns. We set multiple campaigns using the CBO setup with all the Adsets cloned inside. Our preference was 10 Adsets with $10 daily campaign budget. For each of these campaigns, a different audience was targeted. We tested different pixel combinations of age, gender, android, iOS, desktop, Wi-Fi and different ad placements. After testing these different campaigns, the ones that started making profit gave us our winning audience and we knew they were fit to be taken to the scaling stage.

At the final stage, we took the winning creatives from the first stage and the winning audience from the second stage to set up different campaigns with the CBO setup. These campaigns were then scaled to generate revenue. Two different methods were used for scaling- the first being the bid cap method wherein the campaigns were run on a cost cap after having them run without it for a couple of days and then the budget was increased. The second scaling method revolved around increasing the budget of the campaign on an hourly basis. We started at 12 am EST and started monitoring the stats in comparison to the previous day’s stats, all the while checking the CPC every hour before increasing the budget by 10-15% every hour. By the end of the day, the budget was brought back down.

Game of Thrones was all over the internet in April/May 2019 and it only made sense to promote articles based on the series to an audience that is already consuming video content in the genre. By sticking to the strategy and following the rules, Idea Clan was able to rake in $200k per month from GOT based articles. Rapid testing and scaling is the foundation to generating revenue through content promotion of any genre but promoting the right content at the right time makes the magic happen!